Dr Malcolm Bartsch began teaching at the tertiary level in 1983 in the area of theological education, serving in a number of the church’s tertiary education institutions before retiring from full-time teaching in early 2011. On his retirement the August 2011 edition of the Lutheran Theological Journal (LTJ 45/2) contained an editorial tribute and articles written in his honour.

It is hard to know how sufficiently to honour the contribution that Dr Malcolm Bartsch has made to our church and church schools during a career that spans a lifetime. Since 1983, after periods in Australia and Papua New Guinea as a teacher, chaplain, education advisor and parish pastor, Malcolm has been part of the LCA teacher training process. There is no one more knowledgeable about the past three decades of teacher theological training than Malcolm. However, more than just knowing this history, Malcolm is this history. He has created and shaped it. He has dreamed of a community of practising primary and secondary teachers who can understand and articulate theology in their context. He has written curricula to support this dream, fashioned courses to develop it, and encouraged teachers to see themselves as theologians in context and to skill themselves adequately for this role. Malcolm’s heart for education and for those who work in schools is known well beyond the bounds of the LCA. He is an ambassador for theological teacher education both overseas and in other sectors in Australia.

Malcolm’s contribution as a writer is equally well known and highly valued. His major work, based on his doctoral thesis, Why a Lutheran school? Education and theology in dialogue, is a seminal text and likely to remain one for years to come. Malcolm has also written numerous papers and reflections. He nominates ‘The danger of “worm theology”’ (SchooLink, November 2000) and ‘The principal as spiritual leader’ (2006) as two pieces which he treasures due to the quality of the discussion and the clarification of issues that were generated as a result of their publication. Malcolm also gained satisfaction from his role in writing the theological background notes for the Christian Studies Curriculum Framework (CSCF) and his input into Lutheran Education Australia’s spiritual and theological pathways programs. Through these means Malcolm’s work has made its way into every staffroom and every classroom in the Lutheran school system. The quality of Malcolm’s work is a testament to the fact that he has not taken this responsibility lightly.

In addition to his teaching and writing, Malcolm provided educational leadership in various roles, including Dean of Studies, Head of the School of Educational Theology and a brief stint as Principal in 1996. Malcolm fulfilled these roles with dedication, integrity and quiet passion. The words from Matthew 25:21, ‘Well done, good and faithful servant! You have been faithful with a few things; I will put you in charge of many things’, capture something of Malcolm and the regard in which he is held.

The church is fortunate that while Malcolm is retiring, he does not intend to stop writing. As such, he will continue to challenge, question and probe the intersection between theology and education. Between Malcolm and the generations of teachers and school leaders in whom he has encouraged and developed the capacity for theological reflection, the church is likely to continue to find the Lutheran school sector theologically thought provoking.

A God who speaks and acts: theology for teachers in Lutheran schools. Adelaide, SA: Openbook Howden.

‘”Our calling in education” as a teaching document of the church.’ Journal of Lutheran Ethics 6, no. 6 (June).

Why a Lutheran school? Education and theology in dialogue. North Adelaide, SA: Board for Lutheran Schools.

‘The dialogue of education and Lutheran confessional theology: not either/or but both/and.’ Lutheran Theological Journal 33, no. 3 (Dec): 147–56

‘Changed and different: the challenge to Lutheran schools.’ Lutheran Theological Journal 27, no. 1: 23–32. 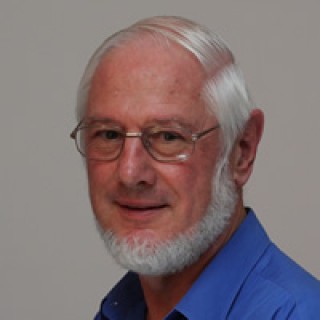