ALC’s Lutheran Strand graduates were also presented with their vocational certificates on the night.

Joseph Ingram was named Vice-Chancellor’s Scholar in recognition of achieving outstanding results throughout his course of studies.

As part of proceedings, Lutheran songwriter and pastoral musician Robin Mann was awarded a Doctor of Divinity (honoris causa) by the University. The award was granted in recognition of Robin’s significant contribution to music in worship over many years.

In delivering the graduation address—interspersed with bursts of singing—Robin recalled, ‘I was going to be a minister, but an angel called Dorothy [his wife of 50 years] helped me find a better way! Not preaching sermons, but singing songs. The songs I write are predominantly to nurture the faith of Christians—just like the sermons that ministers preach!’

Robin said, ‘If we want to encourage people to sing together, we need to provide tunes that are singable—not always simple, but ones that people easily pick up and readily relate to. Likewise, if we want to communicate with songs, we need to use language that people understand.’

(This in itself, may explain the reason why Robin Mann’s songs are so well known and loved across many generations of Christians.)

The ceremony concluded with University Chancellor Dr Graeme Blackman congratulating graduates on their academic achievement and the congregation singing the Christmas blessing.

ALC thanks the Glynde congregation for their hospitality and support in hosting this year’s graduation and extends its thanks to Bishop Mark Whitfield, together with Robin, Dorothy and Jon Mann, for the provision of music. 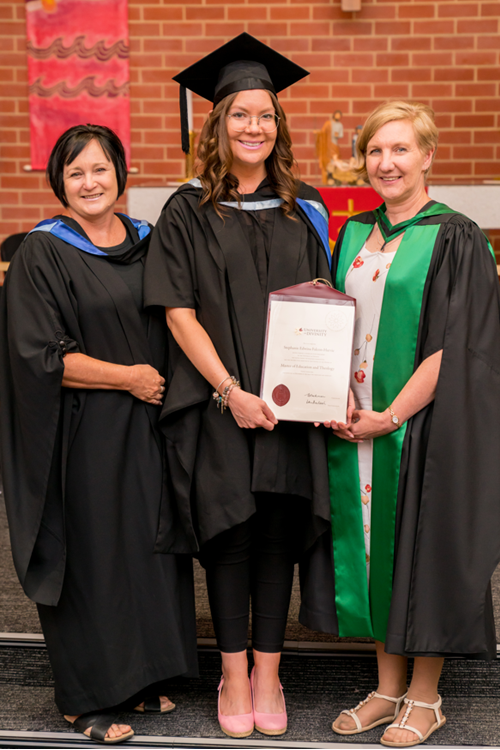 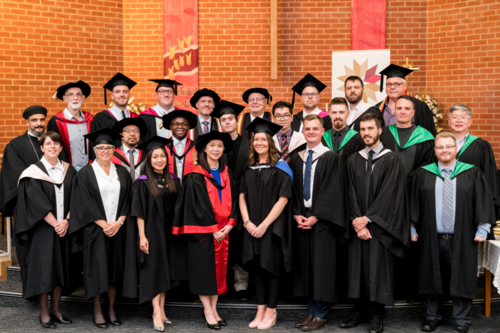