Two researchers at ALC have just published a groundbreaking book encouraging readers to view differently an important figure in the early history of Christianity. John Chrysostom was a priest in Antioch, one of the earliest centres of Christianity (the apostles Paul and Peter argued there). John lived in the fourth century (c. 350-407 CE). Towards the end of his life he became bishop of the city of Constantinople (Istanbul). He is honoured as a saint by Roman Catholics and many eastern Christian traditions. His greatest fame then and now is as a preacher. To this day there survive more than 800 of his sermons. Thousands more have his name attached to them.

Chris de Wet is Honorary Research Fellow and Wendy Mayer Associate Dean for Research at ALC. In Revisioning John Chrysostom, Chris and Wendy pull together and promote a new wave of scholarship on the life and works of this famous preacher. Through their own research, each has played a part in driving these new ways of thinking. The book contains chapters by 21 scholars. New theories from the cognitive sciences, cultural and sleep studies, and history of the emotions meld with new ways of looking at much older approaches, resulting in sometimes unexpected and challenging conclusions. The relevance of the past to the present is frequently lifted up in surprising ways. Examples include demons and deliverance ministry, preaching and antisemitism, and obesity and fat shaming. Together the chapters produce a fresh vision of John Chrysostom that moves beyond the often negative views of him that circulated in the 20th century and that opens up new avenues for exploration. 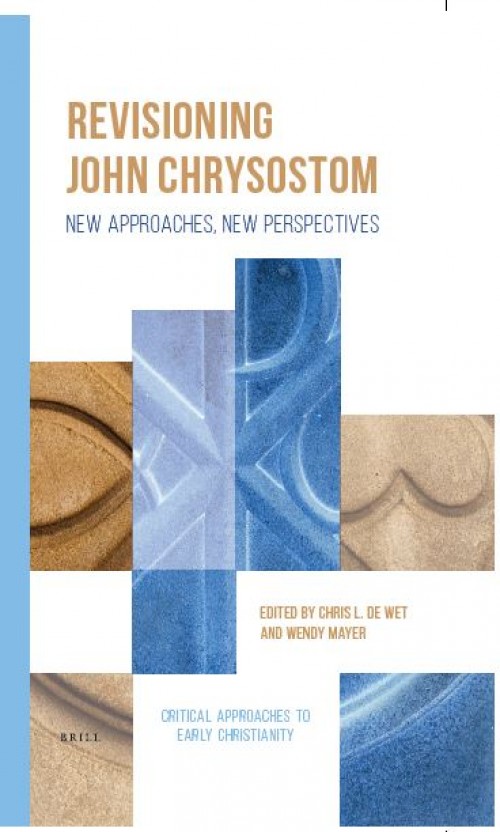