Dr John Kleinig served as a lecturer at the Australian Lutheran College from 1982 until his retirement from full-time teaching at the end of 2009.

After serving as a lecturer at the Australian Lutheran College, formerly Luther Seminary, since 1982, he retired from full time teaching at the end of 2009.

He was born in 1942 and grew up on a farm in the Barossa Valley which may account for his love of red wine.

After finishing high school at Immanuel College where he was head prefect, he studied at the University of Adelaide for a BA Honours in German language and literature from 1961–1964. There he developed an interest in German lyric poetry and Lutheran hymnody and an abiding fascination for Georg Hamann as a cultural analyst and critic of the Enlightenment. His thesis was on the sonnets of Andreas Gryphius for the liturgical year. Those studies influenced his later literary orientation as a biblical exegete as well as his passion for the church’s liturgy and hymnody.

After the first stage of his theological studies at Immanuel Seminary from 1965 to 1967, he was one of the seventeen students in Luther Seminary’s first graduating class in 1968. After his ordination in 1969 he was called to serve as chaplain at Luther College, Melbourne (1969–72) and later at St Peter’s College, Brisbane (1973–79). Then followed postgraduate studies for an MPhil in Cambridge with a thesis on the getting of wisdom in Proverbs and a call to the faculty of Luther Seminary, where he began teaching in 1982. Since then he has taught courses on Hebrew, introduction to the Bible, introduction to Old Testament exegesis, Psalms, wisdom literature in the Old Testament, Old Testament theology, worship in the Old Testament, preaching, introduction to worship, Lutheran liturgics, and Lutheran spirituality. Generations of students have benefited from the clarity, conviction and liveliness of his biblically-grounded presentations.

Along the way, John completed a PhD from the University of Cambridge. His dissertation, The Lord’s song: the basis, function and significance of choral music in Chronicles (1990) begins with a memorable paragraph in which John acknowledges the inspiration he received from J S Bach:

At 2 Chronicles 5:13 in his copy of the Calov Bible Commentary, J S Bach adds the marginal gloss: ‘God is always present with his grace in devotional music’. This is not an isolated comment but is connected thematically with two other comments. In response to Calov’s remarks on 1 Chronicles 25:1, that the temple musicians were to proclaim God’s word in the composition of their psalms and sing them to the accompaniment of musical instruments, Bach declares, quite emphatically, that this chapter was the true foundation for all God-pleasing music. The reason for this is given at 1 Chronicles 28:21 where Calov had remarked that David had not arranged the temple and its services on his own initiative but rather at the Lord’s instruction. Bach notes there that, through David, God’s Spirit had instituted church music together with all the other aspects of the divine service at the temple. Bach thus was influenced by Chronicles in his understanding of liturgical music. It had been instituted by God himself to proclaim his word and grant his gracious presence to his people in their worship of him.

This shows some of his main concerns as a scholar—his interest in the divine service and the role of church music, both ancient (Psalms, Chronicles) and modern, in the performance of praise, but also his love for Bach and deep respect for the Lutheran Orthodoxy (Calov) which supplied Bach’s inspiration.

Even though he is by training an Old Testament theologian, he worked at the pastoral and practical application and integration of all the classical theological disciplines. He therefore regards himself as a pastoral theologian. The focus of his research and writing has been on the divine service and on Lutheran spirituality. Thus in his commentary on Leviticus he explores how the people of God share in his holiness through their participation in the divine service. The aim of this commentary is to help missionaries who work with people in animist cultures, young people who battle against the threat of spiritual pollution, and orthodox Christians who love the Lord’s house, to discover the riches of the divine service from their study of Leviticus. While he introduces Christians to the gift of prayer in a congregational study on Prayer: we speak to God in order to encourage them to pray with boldness and confidence together with Christ, he investigates the nature and practice of evangelical piety more fully in Grace upon grace: spirituality for today. This study of the practice of receptive spirituality deals with the disclosure of Christ’s presence with us in our journey here on earth, meditation on God’s word for the reception of the Holy Spirit, prayer in the name of Jesus, vigilance in spiritual warfare, and participation in Christ’s holiness in our hidden journey through life with him.

John has served the Lutheran Church of Australia in a number of official capacities. He has been a member (1983–2009) and chairperson (1993–2006) of the Commission on Worship; a member (1990–1993, 1997–2009) and vice chairperson (2003–2009) of the Commission of Theology and Inter-Church Relations; a Lutheran representative on the Australian Consultation on Liturgy (1992–2003); and a member of the Lutheran Reformed Dialogue (1982–1996) and its co-chairperson (1992–1996). His long involvement in the Commission of Worship culminated in the preparation and production with others of Church rites (edited by David Schubert, Openbook Publishers, Adelaide, 1994), Rites and resources for pastoral care (edited by David Schubert, Openbook Publishers, Adelaide, 1998), and LCA worship resources (Lutheran Church of Australia, North Adelaide, 1998–2001).

John’s reputation as a scholar has opened up numerous avenues for him to teach in the USA, Canada, Southeast Asia and South Africa. This has led to his active involvement as a speaker in Doxology which is a Lutheran centre in the USA for the provision of spiritual care and counsel to pastors.

John is married to Claire, a church musician and retired teacher. They have four children and eight grandchildren. His hobbies are fishing, gardening, reading novels, viewing films, and doing nothing.

The glory and the service: worship in the Old Testament, Concordia Theological Press, Fort Wayne IN.

The Lord's song: the basis, function and significance of choral music in Chronicles, Journal for the study of the Old Testament supplement series 156, JSOT Press, Sheffield.

The getting of wisdom: a study in the theology of Proverbs, unpublished Masters dissertation, University of Cambridge, Cambridge UK.

‘Maintaining the Lifeline of the Church: Pastoral Education for the Ministry of the Spirit with the Word,’ Concordia Theological Quarterly 73/1, 3–15.

‘Maintaining the lifeline of the church: pastoral education for the ministry of the spirit with the Word,’ Concordia Theological Quarterly 73/1, 3–15.

‘The subordination of the exalted Son to the Father,’ Lutheran Theological Review 18, 41–52.

‘Disciples but not teachers: 1 Corinthians 14:33b–38 and 1 Timothy 2:11–15’, in Cathy Thompson and Vic Pfitzner, Ordination of women: interdenominational perspectives, Interface 8/2, Adelaide, ATF Press, 48–61.

‘The liturgical heritage of Theodor Kliefoth’, in J. Bart Day and others (eds), Lord Jesus Christ, will you not stay. Essays in honor of Ronald Feuerhahn on the occasion of his sixty-fifth birthday, The Feuerhahn Festschrift Committee, Houston, 105–20.

‘The incarnation and music’, in Marian Free and others (eds), That our joy may be complte: essays on the incarnation for the new millennium, Openbook, Adelaide, 69–79.

‘Where is your God? Luther on God’s self-localisation’, in Dean O. Wenthe and others (eds.), All theology is Christology: essays in honor of David P. Scaer, Concordia Theological Seminary Press, Fort Wayne IN, 117–31.

‘Singing with grace in our hearts: the function of hymnody in its cultural context’, in J. Bart Day and others (eds.), Teach me thy way, O Lord: Essays in honor of Glen Zweck, The Zweck Festschrift Committee, Houston TX, 103–17.

‘The blood for sprinkling: atoning blood in Leviticus and Hebrews’, Lutheran Theological Journal 33/3, 124–35.

‘Some theological principles for the interpretation of the Holy Scriptures’, Lutheran Theological Journal 27/2, 73–79.

‘The divine institution of the Lord's song in Chronicles,’ Journal of the Study of the Old Testament 55, 75–83. 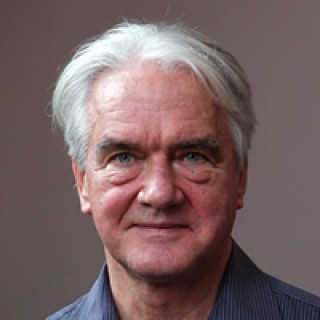