Dr Greg Lockwood became a lecturer in New Testament studies at ALC in 2005 and retired from full-time church service in February 2011.

Dr Greg Lockwood retired from full-time church service in February 2011, forty years after his ordination into the ministry. Spanning three countries, Greg’s ministry has been rich and varied. From 1971 until 1987 he served in the Evangelical Lutheran Church of Papua New Guinea: as lecturer and chaplain at Balob Teachers College in Lae, as lecturer and then principal at Kitip Teacher Training School, Mount Hagen, but chiefly as lecturer and then principal of the Highlands Lutheran Seminary, Mount Hagen. Greg’s years in PNG were broken from 1981 to 1983 when he was granted leave to complete a doctorate in New Testament studies at Concordia Seminary, St Louis, Missouri.

The years of ministry in PNG ended in 1988 when Greg returned to Australia to become pastor at Bridgewater, South Australia (1988–1990). The stay at home was short lived, with the next turn in their life’s journey taking Greg, his wife Christine, and their three children, David, Anne and Michael, back to the United States. Greg had accepted a call to serve as associate professor of New Testament and Missions at Concordia Theological Seminary, Fort Wayne, Indiana (1991–2000). During his Fort Wayne years, a 12-month sabbatical in 1998-99 was spent as a guest lecturer at his alma mater, Luther Seminary, in Adelaide. After a final year in Fort Wayne the family returned to Australia permanently in response to Greg’s call to become pastor in Bendigo, where he served from 2000 to 2004, before rounding out his full-time ministry as a lecturer in New Testament studies at ALC (2005–2010).

Skilled in music and the biblical languages, steeped in the Bible, the Lutheran Confessions, and the history of the church, and attentive to the theological education and pastoral care needs of students, Greg would have to be described as an all-round scholar and pastor. He has served the Lutheran Church of Australia (LCA) as a member of the Commission on Theology and Inter-Church Relations and briefly while pastor in Bendigo as vice president of the Victoria-Tasmania District of the LCA. In addition to teaching duties at ALC Greg has served variously as Postgraduate Studies Coordinator, Vicarage Coordinator and teaching staff member responsible for Aboriginal ministry liaison.

Those who have written in honour of Dr Lockwood in the December 2010 edition of the Lutheran Theological Journal (LTJ) are Dr Dean Zweck of ALC, with his essay, ‘Philipp Melanchthon (†1560): “theologian and servant of God”’, Dr Andrew Pfeiffer of ALC, with ‘Finding joy in the pastoral ministry’, and Dr Detlev Schulz of Concordia Theology Seminary, Fort Wayne, Indiana, with ‘Reclaiming justification for Christ’s mission’.

The women’s ordination debate in the Lutheran Church of Australia: an open response to the Initial Report of the Commission on Theology and Church Relations. Fort Wayne, IN: Concordia Theological Seminary bookstore.

The peace of the kingdom: a study of the concept of “peace” in the New Testament and Lutheran missiology. (Doctoral dissertation presented to Concordia Seminary, Saint Louis, 1983, and published by Concordia Theological Seminary Press, Fort Wayne, Indiana, 1991).

‘The prophecy debate in the Lutheran Church of Australia.’ Lutheran Theological Journal 44, no. 1 (May): 23–26.

‘Reflections on 40 years’ engagement with New Testament interpretation.’ Lutheran Theological Journal 41, no. 1 (May): 5–15. 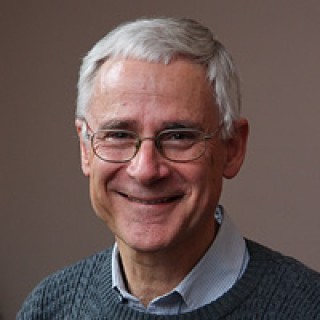