James has served as an LCA pastor since 1991. He has also served as the chair of the National Safe Place Committee, the chair of Finke River Mission and as an assistant bishop in the SA/NT district of the LCA.
Phone +61 8 7120 8211
Email ua.ude.cla@hcilredniw.semaj
Location ALC North Adelaide

James was born in Lae, Papua New Guinea (PNG) on 4 May 1964. His parents, who served as teachers at various Lutheran missions in PNG, are Trevor and Elizabeth (nee Noack).

Upon moving to Australia James completed his primary schooling at Tanunda Lutheran School and his secondary schooling at Murray Bridge High School. His father was the principal of the local Lutheran school at both of those locations.

Upon completing secondary school James worked for three years as a clerk for a building firm in Murray Bridge. This was a time of vocational discernment for him. In 1985 he moved to Adelaide to commence his formal preparation to become a pastor in the Lutheran Church of Australia. This took place at Luther Seminary, North Adelaide.

Upon graduating from Luther Seminary James was assigned to the Queenland district of the Lutheran Church of Australia. He served for five months at the South Port–Ashmore parish and then moved to Maryborough where he served for a little over four years. During that time James also served as a part-time police chaplain for the Wide Bay–Burnett Division of the Queensland Police Service, and helped established the Fraser Coast Palliative Care Service.

In 1986 James and his family moved to Paringa, South Australia, to serve the Holy Cross (Paringa) and St Johns (Meringur) parish, then to Pilgrim Lutheran church Magill in 2001. While at Pilgrim James began his service as board chair of Finke River Mission. This lasted for eight years. In 2007 James commenced his service at St Stephen’s Lutheran Church in Adelaide. 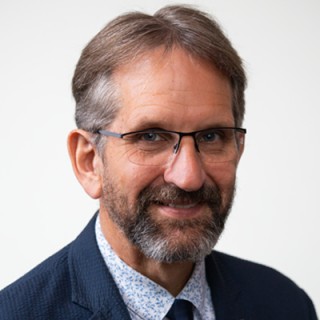