Pastor Andrew Jaensch began teaching with ALC in 2009 as the Lutheran Strand Coordinator at the ACU campus in Brisbane and retired in 2020.

Andrew spent his teen years in Horsham in western Victoria and in Adelaide, mostly playing backyard cricket. He also managed to fit in school attendance at Horsham State and High Schools, and later at Concordia College in Adelaide.

His theological studies began at Luther Seminary in 1969 and concluded in 1978. In the middle of this period he worked for three years at what is now the Queensland University of Technology, beginning a happy relationship with the Sunshine State that continues to this day. He had five years as parish pastor at Moree in north-west New South Wales where he experienced the warmth of God’s country people and learnt a lot as well.

In 1984 he began twenty-three years as chaplain, teacher and religious education coordinator in Lutheran schools on the Sunshine Coast, Gold Coast and in Cairns. It was on Cape York that he was able to work closely with Aboriginal and Torres Strait Islander people at Peace Lutheran College, Wontulp-Bi-Buya College and within church communities. He counts this as one of the greatest privileges of his life. During his time in school ministry Andrew was led into study and practice of adult learning and teaching, a development that was instrumental in him ultimately being called into a role with ALC. Two years of leave-of-absence from the ministry (2007–8) allowed him to follow another passion, teaching English as a second language to adults in Cairns language schools.

He began his teaching role with ALC in 2009 as the Lutheran Strand Coordinator at the ACU campus in Brisbane, where he experienced the daily joy of working with colleagues and students and learning with them. Andrew retired in 2020.

‘Nice Lutheran schools? Glory or cross in the education marketplace.’ Lutheran Theological Journal Supplement, no. 1 (May): 4–8.

(with Merryn Ruwoldt), ‘The gift of Lutheran theology: unwrapping the present.’ Lutheran Theological Journal 51, no. 1 (May): 28–36.

‘Is God big enough for our questions? Introducing learners to a critical approach to study of the Bible.’ Lutheran Theological Journal 48, no. 3 (Dec): 186–197.

‘The language we use.’ Paper and workshop presented at Qld Lutheran Pastors’ Conference, Caboolture.

‘Is the God of the Bible an ugly bully? Helping students come to terms with violence in the biblical text.’ Paper presented at Sydney College of Divinity’s ‘Wondering about God’ conference, Sydney.

‘God is big enough for our questions: introducing learners to a critical approach to study of the Bible.’ Opening lecture, Australian Lutheran College, North Adelaide. 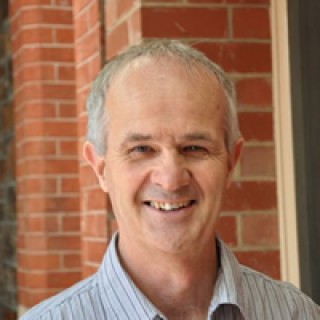