Peter lectured in Old Testament at Luther Seminary, now Australian Lutheran College (ALC), for nigh on a quarter of a century, and he concluded his service as Head of Biblical Department. For many years he served as editor of the Lutheran Theological Journal and secretary of the LCA’s Commission on Theology and Inter-Church Relations, both of them positions that called for commitment and faithfulness in large measure. During his time at ALC Peter endeared himself to students with his faithful teaching, gentle manner, kindness and patience, taking a special interest in the theological education of lay people.

Peter was highly esteemed and warmly regarded by his faculty colleagues and all the staff at ALC, especially for his thoughtfulness, gentleness and delightful sense of humour. An additional commitment for Peter, but one he thoroughly enjoyed, was serving on the Uniting Church–Lutheran Dialogue in Australia.

Peter was brought up at Natimuk in Victoria and remembers a happy childhood, always being encouraged to write (his father was a newspaper editor) and along with six siblings, being left ‘to have a go’—the freedom to do things like rock-climbing on the cliff-faces of nearby Mount Arapiles. At age thirteen Peter was sent by self-sacrificing parents to Immanuel College to begin his secondary education. He went on from there to study at the University of Adelaide (BA and DipEd) and then to Luther Seminary, Adelaide, where he graduated with a BTh in 1978. During that time he took a year off and taught at St Aloysius’ College, and the next year he married his beloved Helen.

His vicarage year was at St John’s in Melbourne with Pastor James Pietsch, whom Peter remembers with affection as a sympathetic and understanding vicar father. After ordination Peter served for 10 years in parish ministry (Glenroy-Sunbury and Albury), and was then sent by the church for further study at Luther Seminary in St Paul, Minnesota, gaining his doctorate in Old Testament in 1991. His dissertation was on ‘guile and grace’ in the Jacob cycle. Peter acknowledges with gratitude the teachers who were influential in his formation as an Old Testament scholar, and in particular Erich Renner (Adelaide) and Mark Throntveit, Terrence Fretheim, and Diane Jacobson (St Paul).

During his long and fruitful career as a theological lecturer Peter maintained an abiding interest in literary and rhetorical interpretation of biblical texts, in reading the Bible for its theology and transformative power, and in wrestling with difficult texts that challenge contemporary sensitivities, especially in regard to topics like warfare and violence in the Bible and the portrayal of God as a warrior.

In his long career of teaching the sacred writings one of Peter’s greatest joys was to see student ‘getting it’; as he put it, ‘… getting deeply into the biblical text and experiencing some of the joy, wonder and surprise that come during the hard work of getting the text to speak’.

‘Five pillars that totter, fall and crumble to dust: can Genesis 2 and 3 support the subordination of women?’ Interface: The Journal of the Australian Theological Forum 8, no. 2 (October): 32–47.

‘Disentangled from the web of deceit: sin and salvation in the story of Shechem and Dinah (Genesis 34)’. Sin and salvation: task of theology today III, edited by Duncan Reid and Mark Worthing, Hindmarsh, SA: ATF Press, 20–40.

‘Guile and grace: the significance of Genesis 32–34 for the literary and theological coherence of the Jacob cycle.’ ThD dissertation, Luther Northwestern Theological Seminary, St Paul MN.

‘Genocidal warfare in Joshua: does the implied author have qualms of conscience?’ ANZATS conference, Auckland NZ. 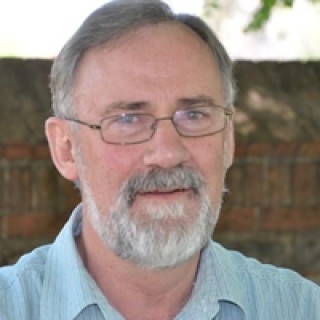