Pastor Bob Kempe was a lecturer at Australian Lutheran College from 2001 to 2008. Bob has continued to serve the LCA by administering in-service professional development of pastors and remains an accredited supervisor for Clinical Pastoral Education.

During 2008 Pastor Bob Kempe moved into retirement, having been a lecturer at Australian Lutheran College since the beginning of 2001. This move also marked his retirement from full-time ministry within the Lutheran Church of Australia, a ministry spanning 43 years since his ordination in 1965.

From 1979 until the present, an important aspect of Bob’s ministry has been his involvement in Clinical Pastoral Education. As a part of his CPE studies he has served as a hospital chaplain in various Melbourne and Adelaide hospitals, and during 1986–87 he undertook extended CPE study in Fairview-Riverside Medical and CPE Centre in Minneapolis, Minnesota, USA.

Throughout his ministry Bob also served on various boards and committees of the LCA and LCNZ. These positions related to women's and youth organisations, church development, mission, church councils, worship, tertiary students, and marriage counselling and education. Between 2001 and 2004 he also served as 1st Vice-President of the SA/NT District of the LCA.

Bob’s association with ALC began in 1984–85, when he taught as a guest elective lecturer at the former Lutheran Teachers College. Then in 1989 he became an adjunct lecturer, providing classes in Clinical Pastoral Education. He remains accredited and actively engaged in CPE in Australia.

‘Sinning against the Gospel’, a paper for the National Lutheran School Pastors’ Conference, Melbourne, Vic.

Three one-day seminars of professional development for the pastors of the Victorian District at Melbourne, topics including:
‘The pastor and conflict resolution’
‘The pastor as leader’
‘Pastoral self-care’

‘Out of the depths: pastoral care and mental illness’, a series of 6-sessions developed for ALC evening classes, Adelaide.

‘When pastoral people go to school’, a one-day seminar for school teachers, at Alice Springs (May) and Bundaberg (October).

‘Monitoring and assessing the dynamics of power in the pastoral counselling relationship’, Masters thesis.

‘The church as a community of healing’, a 5-day in-service training workshop for church workers of the Lutheran Church of New Zealand, at Hawkes Bay.

‘Issues of honour, guilt and shame in pastoral ministry’, a series of papers for a 4-day in-service school for Lutheran church workers of the NSW District, held at Warrambui.

‘The impossible reality of hope’, a series of lectures at a 3-day conference of Lutheran aged care chaplains, at Albury, NSW.

‘An introduction to the biblical peace-creation motif’, Bachelors thesis. 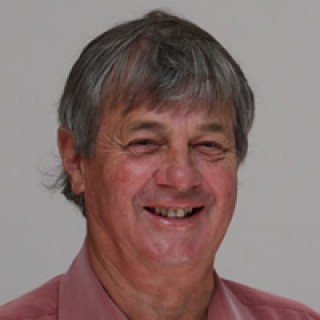