These biographical notes are taken from the Lutheran Theological Journal tribute to Dr Jeffrey Silcock on his retirement from ALC in late 2016.

Jeff was ordained as a pastor of the Lutheran Church of Australia in 1980. Years in parish ministry were relatively short, finishing with the role of associate pastor at Bethlehem Lutheran Church, Adelaide (1986–89), but his entire theological career has focussed on the task of equipping people for service in the church, especially for the public ministry of word and sacrament.

Postgraduate studies in systematics at Concordia Seminary, St Louis, under Australian scholar, Dr. Norman Nagel, led to a doctorate in systematic theology with a special interest in Luther.

Included in these years (1990–95) were fifteen months of Luther research in Erlangen, Germany. In 1996 Jeff commenced lecturing in systematic theology at Luther Seminary (now ALC); for more than two decades he proved to be an excellent teacher with the learning needs of students his first priority. Thoroughness combined with tact and gentleness helped to endear him to students. Doctoral candidates whose work he supervised will readily attest to his wise and patient direction.

Few lecturers at Luther Seminary/ALC have travelled abroad as much as Jeff, often accompanied by his wife Pam, but frequent trips have not been mere tourist jaunts. He attended numerous theological conferences, mainly in Germany and Scandinavia, where he presented papers, many of which have been published. He has also been active in teaching Lutheran theology to pastors in South East Asia, at Kota Kinabalu (East Malaysia), Kuala Lumpur (West Malaysia), and Medan (Indonesia). Travel has been required to attend meetings of the Lutheran-Orthodox International Joint Commission of which he has been a member since 2000 and has often served on the drafting committee.

Closer to home, Jeff has been a valued member of the Lutheran-Uniting Church Dialogue since 1997, and its co-chair from 2006 to 2018. In 1998 he became a member of the LCA’s Commission on Social and Bioethical Questions, but his most important theological leadership role within the Church began in 2000 when he became a member of the Commission on Theology and Inter-Church Relations. As its chair from 2006, he has given even-handed and wise direction during discussions on a number of challenging and sometimes contentious issues.

Attendance at the 2002 Luther Research Congress in Copenhagen was especially memorable because it was here that Jeff first met Oswald Bayer and arranged to assist in the translation of his Theologie, published in 2007 under the title Theology the Luther way (Eerdmans). Sundry articles by Oswald Bayer have been translated by Jeff for publication, most of which have appeared in Lutheran Quarterly. This collaboration with Bayer will hopefully see the English version of his ground-breaking book Promissio appear in 2019. The original study, first published in 1971, won an award and was hailed by Luther scholars as a ground-breaking piece of research. To this day it continues to be a sine qua non for any serious Luther research. Jeff’s ongoing contribution in making Bayer’s works accessible to the English speaking world deserves special commendation.

Praise for Jeff as translator must include the book by Bayer’s wife Athina Lexutt, A year with Luther: readings from the great reformer for our times, published 2017 (ATF), and translations of Luther’s Antinomian Disputations scheduled to appear in the American Edition of Luther’s Works: ‘Disputations I’ in LW 72 and ‘Disputations II’ in LW 73.

At a time when ties have been strengthened with Lutheran Churches in the USA, especially with the Lutheran Church-Missouri Synod, Jeff has given outstanding service in keeping alive cherished links with Germany (at Erlangen, Neuendettelsau, and now Tübingen through Bayer) as well as Scandinavia (especially Helsinki). In many ways he has been able to bridge two theological worlds. Though educated in the USA, almost all of his scholarly connections are with Europe. Other conferences he has attended, such as the International Löhe Society at Neuendettelsau and the Dies Academicus at Oberursel, serve as meeting points between German and North American scholars.

Since retirement, Jeff has remained research active and is currently supervising a doctoral candidate working in the area of Luther’s ecclesiology.

Paper for Luther Conference (Melbourne): ‘A fresh look at the Theology of the Cross: what it meant for Luther and its significance for us today.’

Translation: Athina Lexutt. A year with Luther: readings from the great reformer for our times. Hindmarsh, SA: ATF.

‘Luther on the Holy Spirit and his use of God’s word.’ Chapter 20 in The Oxford handbook of Martin Luther‘s theology, edited by Robert Kolb, Irene Dingel, and L'ubomír Batka. Oxford: Oxford University Press.

Translation: Oswald Bayer. ‘Philosophical modes of thought of Luther’s theology as an object of inquiry: a sketch.’ In When reason is a whore: the quandary of Lutheran philosophy, edited by Jennifer Hockenbery Dragseth. Philadelphia, PA: Fortress Press.

‘Theology and proclamation: towards a Lutheran framework for preaching.’ Lutheran Theological Journal 42, no. 3 (Dec): 131–140.

Law and gospel in Luther's Antinomian disputations: with special reference to faith’s use of the law. ThD dissertation. Concordia Seminary, St Louis, MO. 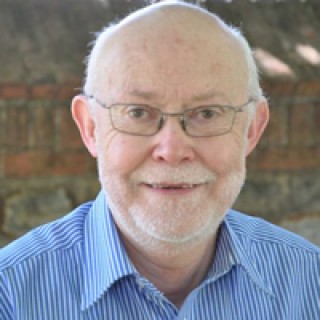